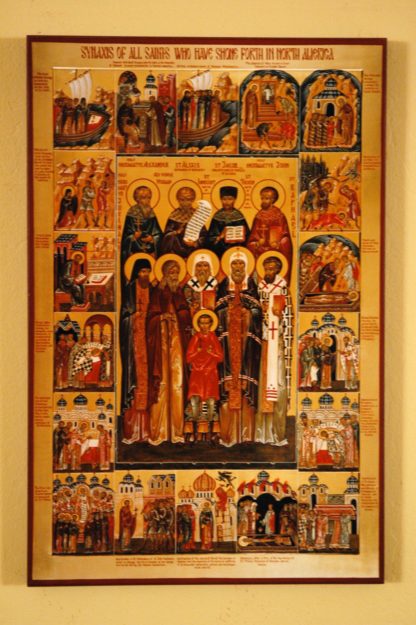 Historically, the contemporary Orthodox church stands in direct continuity with the earliest Christian communities founded in regions of the Eastern Mediterranean by the apostles of Jesus. The Orthodox Christian Church, also sometimes called the Eastern Church, or the Greek Orthodox Church, claims to have preserved the original and apostolic Christian faith. Figures for its worldwide membership are estimated at around 200 million.

Three autonomous churches also enjoy a large degree of independence, although the election of their primate is subject to nominal approval by a mother church. These are the churches of Crete and Finland, under Constantinople, and the churches of Japan and Ukraine, under Moscow. The autocephalous and autonomous churches differ greatly in size and membership. The churches of Russia (50-90 million) and Romania (21 million) are by far the largest, whereas some of the ancient patriarchates of the Middle East, including Constantinople, are reduced to a few thousand members. The patriarch of Constantinople, however, also exercises jurisdiction over Greek-speaking churches outside Greece and controls, for example, the Greek archdiocese of America, which is distinct from the Orthodox Church in America listed among the autocephalous churches. In Greece the Orthodox church is the established religion. Long repressed in the USSR and the Communist countries of Eastern Europe, it experienced renewed freedom with the removal of restrictions on religion during the Gorbachev era and in the subsequent fall of atheist communism.

Historically, the contemporary Orthodox church stands in direct continuity with the earliest Christian communities founded in regions of the Eastern Mediterranean by the apostles of Jesus. The subsequent destinies of Christianity in those areas were shaped by the transfer (320) of the imperial capital from Rome to Constantinople by Constantine I.

As a consequence, during the first 8 centuries of Christian history most major intellectual, cultural, and social developments in the Christian church also took place in that region; for example, all ecumenical councils of that period met either in Constantinople or in its vicinity. Missionaries, coming from Constantinople, converted the Slavs and other peoples of Eastern Europe to Christianity (Bulgaria, 864; Russia, 988) and translated Scripture and liturgical texts into the vernacular languages used in the various regions. Thus, the liturgy, traditions, and practices of the church of Constantinople were adopted by all and still provide the basic patterns and ethos of contemporary Orthodoxy.

These developments, however, were not always consistent with the evolution of Western Christianity, where the bishop of Rome, or pope, came to be considered the successor of the apostle Peter and head of the universal church by divine appointment. Eastern Christians were willing to accept the pope only as first among patriarchs. This difference in approach explains the various incidents that grew into a serious estrangement. One of the most vehement disputes concerned the filioque clause of the Nicene Creed, which the Western church added unilaterally to the original text.

The schism developed gradually. The first major breach came in the 9th century when the pope refused to recognize the election of Photius as patriarch of Constantinople. Photius in turn challenged the right of the papacy to rule on the matter and denounced the filioque clause as a Western innovation. The mounting disputes between East and West reached another climax in 1054, when mutual anathemas were exchanged. The sacking of Constantinople by the Fourth Crusade (1204) intensified Eastern hostility toward the West. Attempts at reconciliation at the councils of Lyon (1274) and Florence (1438-39) were unsuccessful. When the papacy defined itself as infallible (First Vatican Council, 1870), the gulf between East and West grew wider. Only since the Second Vatican Council (1962-65) has the movement reversed, bringing serious attempts at mutual understanding.

The Orthodox church recognizes as authoritative the decisions of the seven ecumenical councils that met between 325 and 787 and defined the basic doctrines on the Trinity and the Incarnation. In later centuries Orthodox councils also made doctrinal definitions on Grace (1341, 1351) and took a stand in reference to Western teachings. The Orthodox church accepts the early traditions of Christianity, including the same sacraments as the Roman Catholic church–although in the Orthodox church infants receive the Eucharist and confirmation–and the episcopate and the priesthood, understood in the light of apostolic succession. Married men may become priests, but bishops and monks may not marry. The veneration of Mary, as Mother of God is central to Orthodox worship, and the intercession of saints is emphasized in the Orthodox liturgical tradition. After an early controversy on the subject, the images, or icons, of Christ, the Virgin Mary, and the saints are now seen as visible witnesses to the fact that God has taken human flesh in the person of Jesus. The liturgy used by the Orthodox church is known as the Byzantine rite. It has been translated from Greek into many languages, including the Old Church Slavonic used by the Russian Orthodox church. The liturgy is always sung, and communion is distributed to the congregation in both kinds (bread and wine). Monasticism, which had its origins in the Christian East (Egypt, Syria, Cappadocia), has since been considered in the Orthodox church as a prophetic ministry of men and women, showing through their mode of life the action of the Holy Spirit. The monastic republic of Mount Athos, Greece, is still viewed among Orthodox Christians as a center of spiritual vitality.

The Orthodox church has been generally quite open to the contemporary ecumenical movement. One by one, the autocephalous churches have all joined the Protestant-initiated World Council Of Churches, without modifying their own view on Christian unity, but considering the council as an acceptable forum for dialogue and cooperation with other Christians. The steps taken by the Roman Catholic church and the decrees of the Second Vatican Council were seen by the Orthodox as promising groundwork for the future, and this positive reaction was witnessed by several meetings between Orthodox and Catholic leaders, including participation by Vatican representatives in ceremonies marking the thousandth anniversary of Russian Christianity in 1988.

Adapted from an article by our ever-memorable former Dean, Protopresbyter John Meyendorff.