The Story of St. Nicholas’ Bells 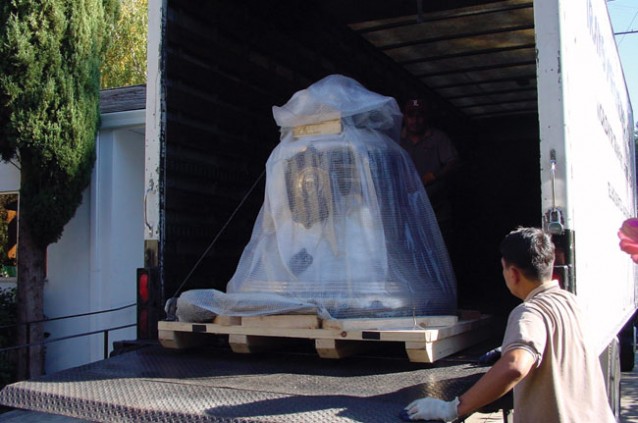 Resounding in heaven— Resonating on earth.

What might be seen as a second phase of American Orthodoxy’s experience with civic liturgy began in 1995 when Fr. Stephan learned from some visitors that Russia was making bells again. The first phase of that experience of course had been the occasional installation of church bells by struggling immigrants who had come here to work in the coal mines or who had fled from Communist Russia. Those humble parishioners— visionaries none the less— had brought with them the memory of bells, which in their homeland had great civic and religious importance. Unfortunately, they lacked the means to recreate that memory except by a kind of minimal reference, usually with old firebells, farm bells, and sawed-off gas cylinders. Our own parish was blessed with a bronze bell of about 100 lbs. and decent “voice,” donated from a retired steam locomotive by Southern Pacific Railroad shortly after we incorporated. That one bell was all we had for 40 years! 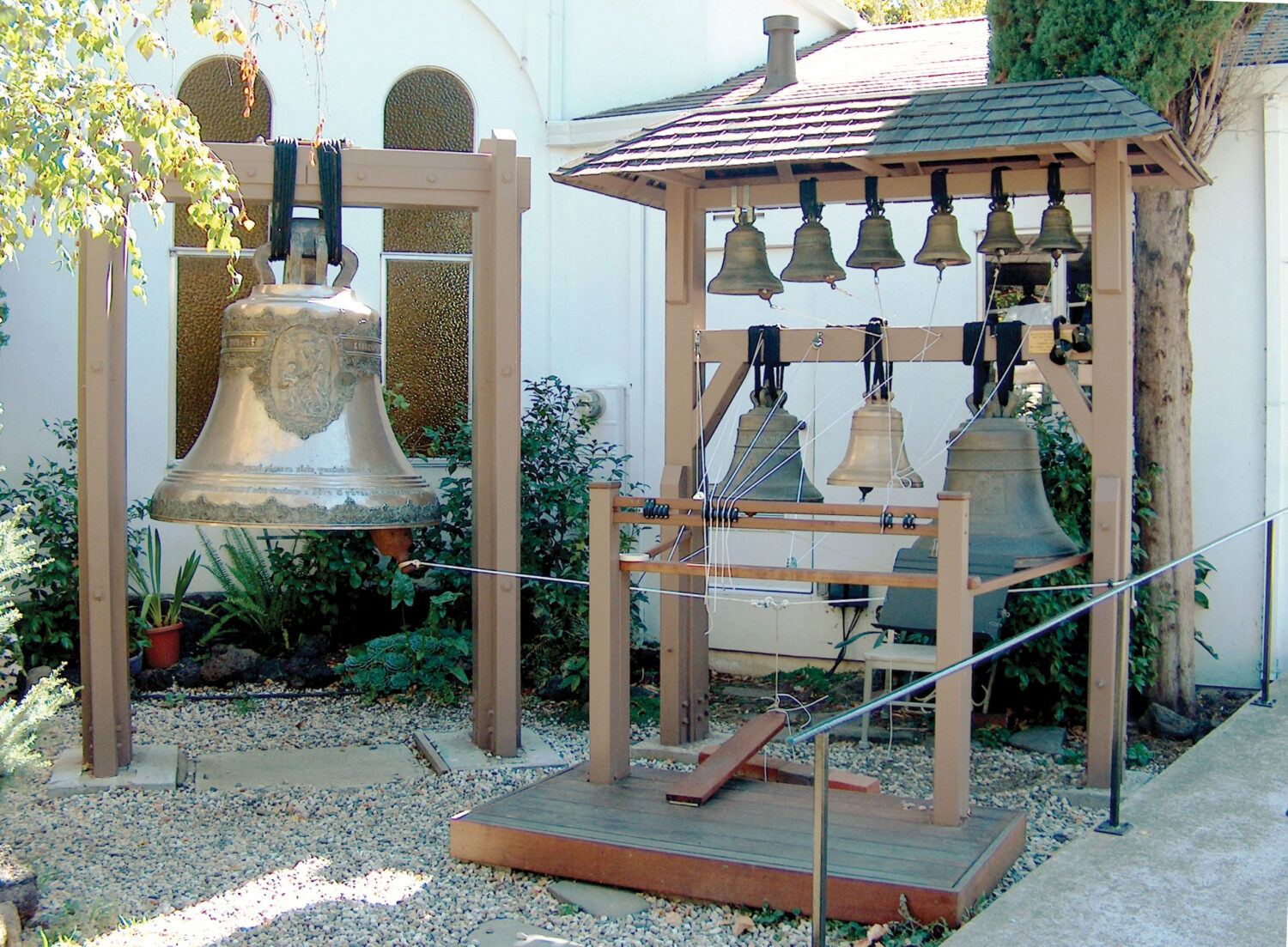 But in 1995, the parish obtained two small bells of 8 and 12 kg cast by Pyatkov & Co of Kamensk-Uralsky, near Ekaterinburg to complement the original. Once you start a chord, though, it “wants” to be finished. And every song has to have a proper ending. So getting those first two bells only whet our ears and our sense of liturgy to the need for more. Thus in 1996, with the help of Mark Galperin and his Russian-American business-support venture Expanding Edge LLC, we got another, of 16 kg, and then in 1998, two more, of 32 and 90 kg; in 1999, another, of 240 kg; and another of 10 kg in 2002, all from Pyatkov. And then, in 2003, we got our magnificent 3000-lb “Gabriel”, this time from Vera of Voronezh, so that we could strike the deep, cosmic blagovest that so delights both parish and community today. And finally, to perfect the scale, two more bells, of 6 and 40 kg, from Pyatkov & Co, were added in  2005 and 2006. 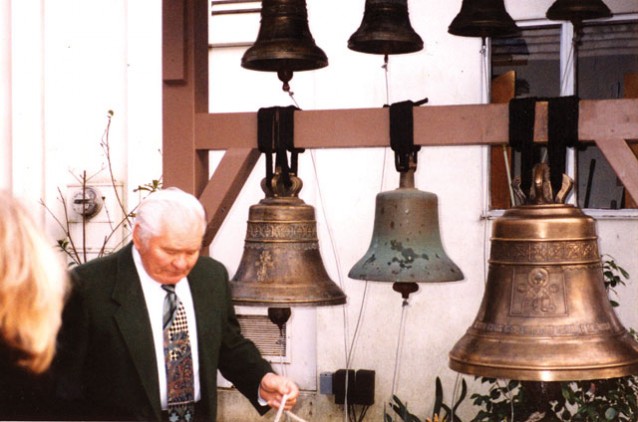 It has to be admitted that we were more than a little apprehensive about the cost of the blagovestnik, even though this included a 30% discount since the importers were parish members! However, since they had already donated the first six bells, the Orloffs again generously contributed most of the cost of the new blagovestnik.

We were also worried about producing that much sound at the heart of a dense neighborhood. Matushka Elaine commented, “I was skeptical till the day we got it. One strike, though, and I was a believer— it sounds sooo perfect!” And about the sound— well, let’s just say our neighbors would not be pleased if the bells were removed. Certainly our liturgy— the fundamental vision of a renewed creation that drove the whole effort— is immeasurably enriched by them.

It was not long after getting the first three bells from Pyatkov that Fr. Stephan, Mark Galperin, and John Burnett (our parish reader) realized that the time had come for Orthodoxy to take its place in America’s public squares as a voice of authenticity, solemnity, and joy: meaning, in other words, it was time to begin supplying real bells to the rest of America’s Orthodox churches. The project was christened “Blagovest Bells” and commenced with the firm’s surprise appearance at the OCA’s 12th All-American Council in 1999 with a set of five Pyatkov bells. Revealingly, well before the Council concluded, the vendor of electronic carillons had closed its booth and gone home. Our guess was right: Bells really are about vision, and clearly, our churches— people generally— envisioned authenticity and tradition over imitation, even imitations of Great Rostov.

So, St. Nicholas Orthodox Church in San Anselmo has the distinction of having been the first of nearly 100 churches to date, from Alaska to Florida, where you can now hear in full splendor the sonic icon by which Orthodoxy anticipates the trumpet of our final salvation. Bells resound in heaven, resonate on earth, and fling the news of Christ’s resurrection to all the ends of the earth.