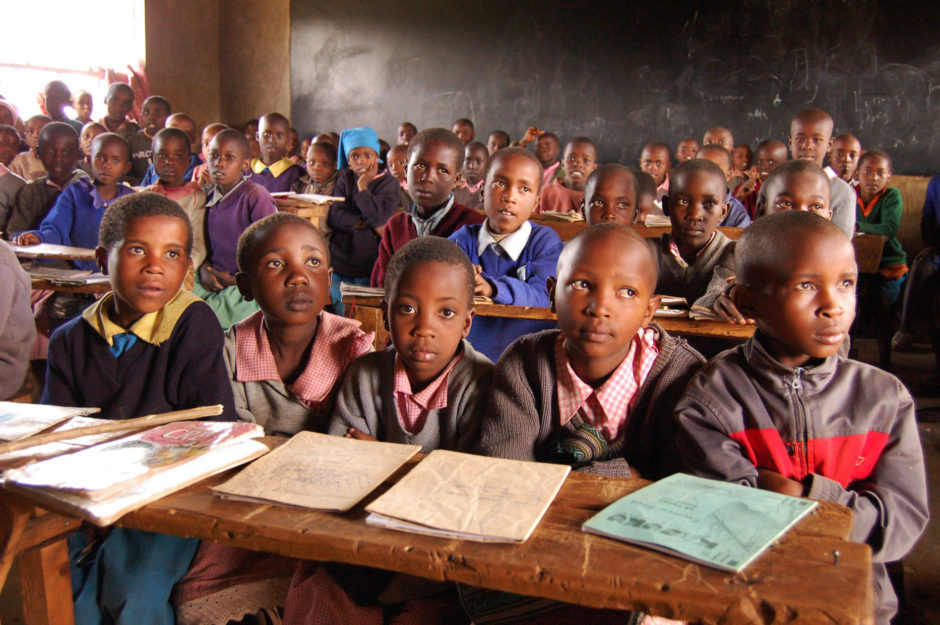 Children in a crowded class at the Moto primary school, Molo town, Rift valley province, Kenya. February 2008. This is one of the few schools that have re opened in the area following the post election violence in Kenya, and are now having to deal with over crowded classes.

The St. Nicholas Africa Fund is a Charitable Works project of our parish, which has sent well over $100,000 to Africa over the past four years— mostly Uganda, but also to South Africa and Congo— to help educate needy high school students in some of the poorest countries of the world, and for other occasional needs, usually medical.

The program began in 2003 when long-time parish member John Burnett went to Uganda at the request of the OCMC and the Uganda Orthodox Church, first as an education consultant, and subsequently as Acting Dean of the church’s seminary. While he was there, many destitute students, usually orphans, begged him for help with their school fees. He recalls one particularly poignant example:

Jescah was 15, a boarding student at Lord’s Grace High School. She has only her cousin Robert to help her. Robert lives in a one-room brick shack “there down”, in the valley behind my hill, with his girlfriend. Now they have a baby, so they don’t really want Jescah with them any more. So she was happy to have a bed where the bunks were four high, 300 kids to a room— she was eating, and she was in school!

But Robert lost his job and hadn’t paid her fees for a while, so the school was chasing her away. She’d tried to go back to him, but found he too had been chased away from his shack and nobody knew where he was. So she lost contact with her only living relative, with eight hours to come up with something, or sleep on the street.

Father Hopko talks about how Jesus didn’t have “free will”: A orphan comes to you, crying and hungry, and you can turn her away? So  I “adopted” Jesah Naamalah. Her story is not so unusual. She just needed a couple dollars a day. She graduated in 2011, and now she’s got a job. 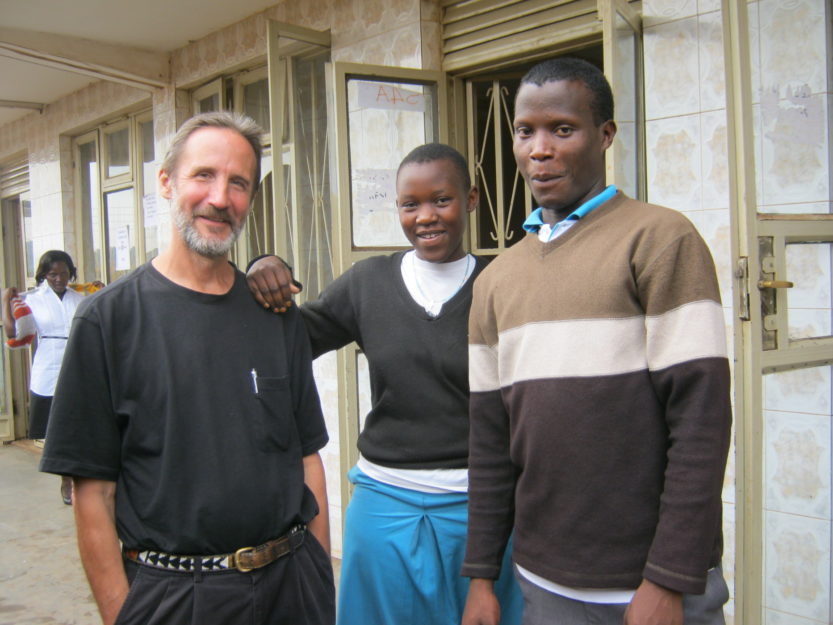 High school students, it turns out, receive very little attention from charities. So at one point, John and a few of his friends found themselves supporting about 50 people in one way or another. But they couldn’t keep doing this alone, so now the parish gratefully sponsors the program, under Mr Burnett’s administration.

Look— everybody in the world is hurting in today’s economy. But Ivan, another student who graduated by our help, contrary to all expectation because he had no relatives to help him at all, once told Mr. Burnett,

When I was from Nakulabye today, there was a guy who begged me for 1000 shillings [about 30¢] so he could eat. That was everything I had, but I decided to give it to him anyway and just fast, because he was hungry and there was something I wanted from God anyway.

If you have any questions about the program, you can communicate with Mr. Burnett directly .

Jesus Christ himself thanks you.

And so does St. Nicholas, the patron of orphans and defender of widows.

You can make a one-time contribution, or you can check the box inside the form to make it monthly— any amount you name.

You don't need a Paypal account, just use your debit/credit card as usual. Unsubscribe anytime either through Paypal, or by contacting us directly.

Or you can send a check to:

“When you give alms, God becomes your debtor.”— St John Chrysostom 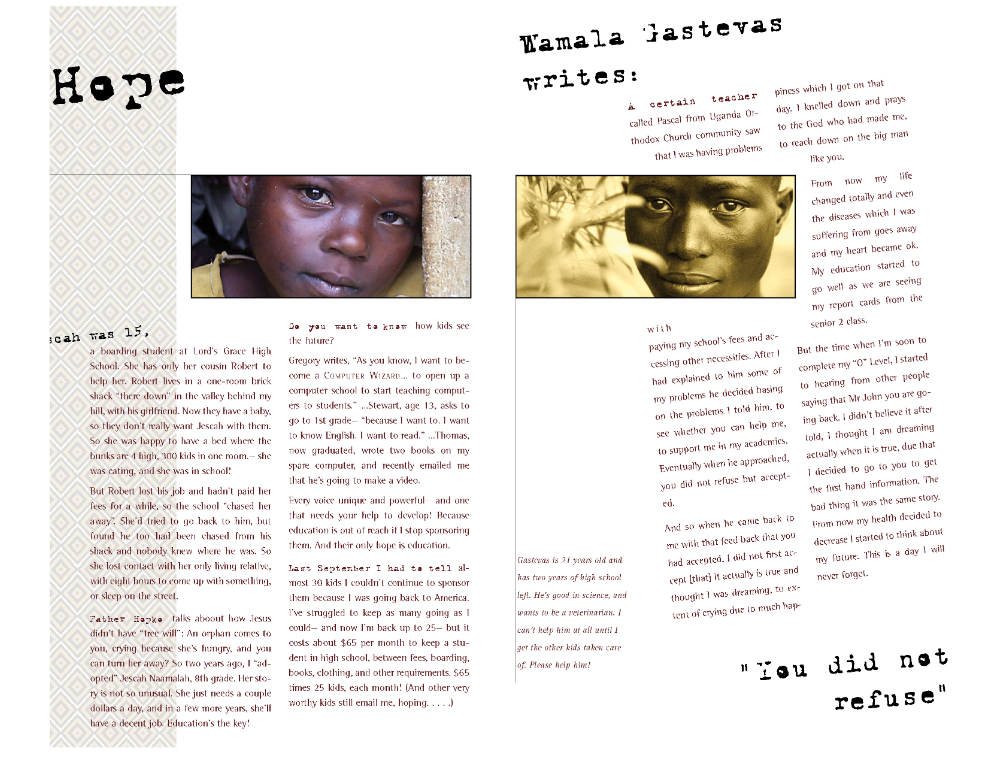