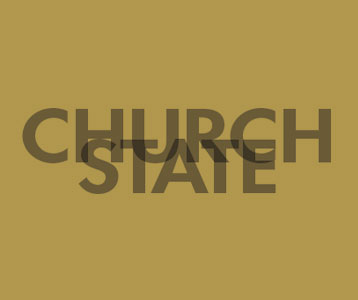 Some reflections by Vigen Guroian

For Christians the meaning and value of a particular state or regime is relative to the Kingdom of God and not to one or another political theory or ideology. From this perspective our world is fallen and in need of redemption which is only found in Christ. Thus it comes as no surprise to the Church that every political system is eventually experienced as oppressive, unfree, and unjust to one degree or another and that the poor and powerless suffer the most. The political responsibility of the Church is to expose the lie of every political system and ideology that with it all things are right. It does not matter where the Church is situated or what the form of the political system is.

The lie of every state that it is an end in itself needs to be exposed over and over and the truth that it can be of service to the Kingdom of God needs to be revealed repeatedly.

Even within the local community, in the Eucharistic gathering, under the presidency of the bishop or his representatives, Christ is totally present; and those gathered have a taste of the unity of life and peace which nations promise but are unable to deliver. A people with just this knowledge and the conviction to give expression to it wherever they go, in word and deed, by loving acts and by entering into just relations with others, by timely rebuke of economic and political evils, and by pioneering new forms of human association and human service, may not always seem of much consequence from the world’s point of view. This, however, should be no discouragement. For by being such a people, the Church “is a sign that God, not the nations,” not politics, not economics, not science, not business or technology, “rules this world.” By being such a presence in the world, the Church provides the vision and lived experience through which those within the Church, and even those outside it can discern a higher purpose in human history and the journey of the particular nation.

Waiting for the Lord to Come

The Goal of Religious Education

Reflection for the Feast of Indiction

The Great Feasts of Summer: The Meaning of Everything!